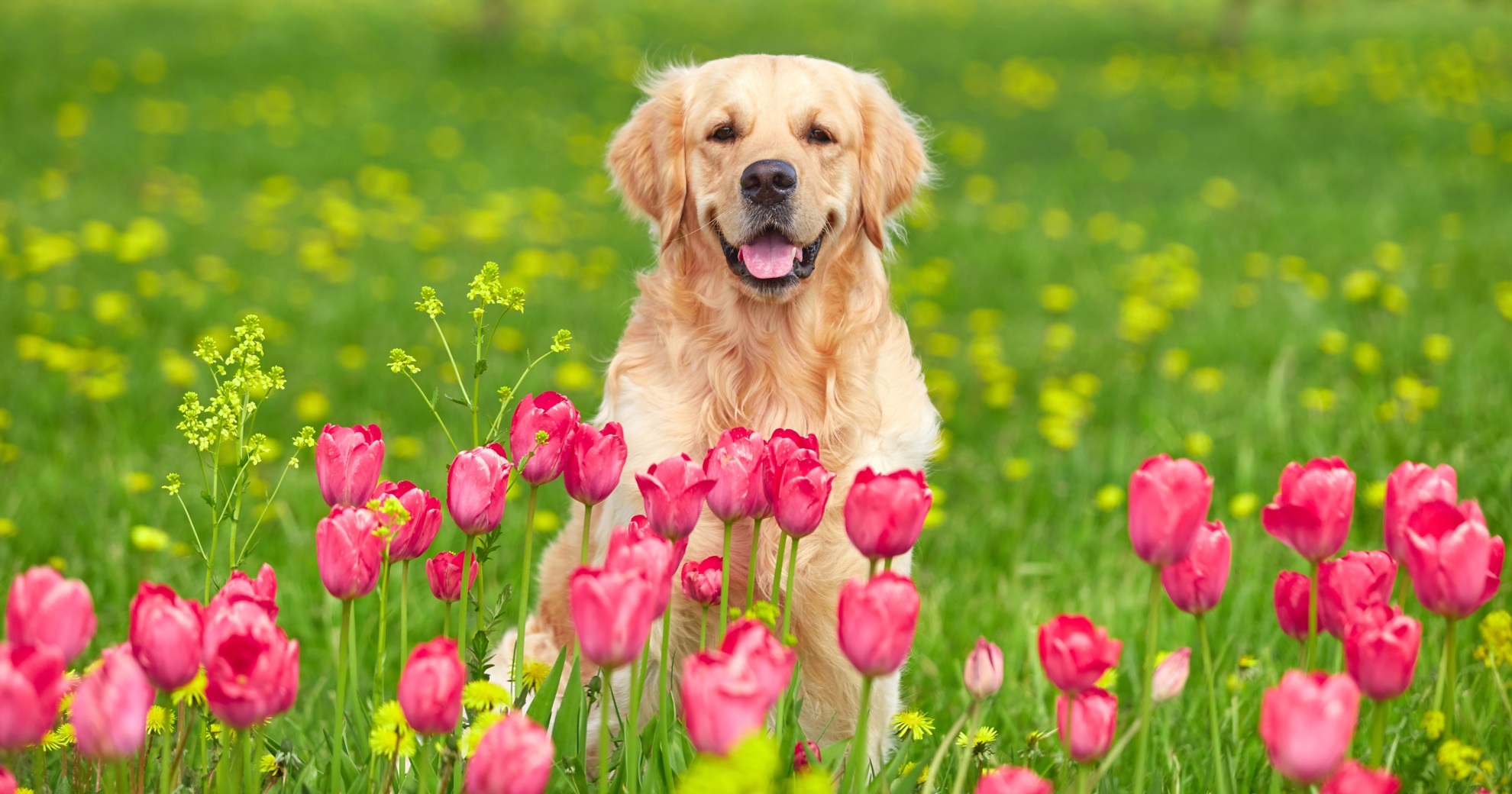 Most garden and houseplants are harmless to humans but can be toxic to dogs who aren’t instinctively aware of how dangerous some can be.

It’s common for owners to remove hazardous substances or objects from an inquisitive pet’s mouth. But what about the times you aren’t around to monitor what your dog ingests? To save your beloved pup from the ill effects of chewing and swallowing unsafe material one should be aware of flowers and shrubs that are easily accessed and harmful. In this article, we focus on some of the plants that are toxic for your dog and how to prevent ingestion. Keep in mind that some are indoor decorative features with others found in well-tended gardens. Others occur in the wild, beyond the sight and control of even the most careful pet owner. Thanks to fur, dogs have good protection against plants, however, the muzzle and eyes are far more vulnerable.

SOME PLANTS THAT ARE TOXIC FOR DOGS

Sago palm – indoors and outside

These miniature cycads present a variety of hazards. The bark and spikey leaves are only part of the problem as the seeds/nuts of the plant contain cycasins, which are highly toxic and may be ingested by curious pets. The symptoms which include seizures, diarrhoea, liver failure, and vomiting appear between fifteen minutes and several hours after ingestion. The survival rate in such cases is as low as fifty percent.

Tulip – indoors and outside

This vibrantly coloured flower is a household favourite. Unfortunately, if ingested by your pup the tuliposide (a chemical), will inhibit protein synthesis in the cells which, in mild cases, could lead to an upset stomach, loss of appetite and depression. Just as with other cut plants the risk comes from a dog chewing the stems, ingesting fallen petals or drinking the vase water. Treatments include induced vomiting and doses of activated charcoal.

Lily of the Valley – indoors and outside

These sweetly perfumed lilies are all but pleasing when it comes to your dog’s health. They contain convallarin that in even tiny amounts can cause cardiovascular complications, low blood pressure, seizures, vomiting, disorientation, and coma. The treatments include induced vomiting, gastric lavage, and activated charcoal, which absorbs the poison on a molecular scale.

Philodendron and Dieffenbachia – indoors and outside

Although of different genera, together they represent over five hundred species, many of which are favoured house plants. With huge and impressive leaves, this group includes the delicious monster known so because its ripe fruits are so tasty. Its green fruits are a different matter. These along with the leaves and stems contain microscopic crystalline spikes of calcium oxalate. On contact, they penetrate the dermis and cause immediate irritation to your pet’s delicate mouth and nose area. Once ingested, they collect in the kidneys and heart causing cell damage. Reactions to exposure will vary depending on the amount your dog has eaten. Common symptoms are drooling, pawing at the mouth, and retching.

This popular house plant has an unfortunate twist to its beauty. When consumed by your dog it can cause vomiting, drooling, diarrhoea, and heart rate fluctuations that could lead to death.

Autumn Crocus – indoors and outside

The reactions to consuming this are caused by the toxin colchicine. In the short term this autumn bloom can cause vomiting and diarrhoea with suppressed bone marrow and liver damage as longer-lasting effects. These could occur even when small amounts of the flowers, bulbs, or leaves are consumed.

Originating from the Caucasus, this now invasive plant is spreading throughout the northern hemisphere. Countries in the higher latitudes such as Canada and the U.K. are particularly affected. Although it has been found in South Africa and Australia it has thankfully not naturalised. It is not likely to be eaten but simply running through a patch will transfer enough sap from its fragile leaves and stems to cause harm. While seldom fatal, the symptoms include rashes and sensitive lesions that can last for years.

Our list of toxic plants is not exhaustive since we cannot include them all, but the ones below all deserve dishonourable mentions.

Because dogs very rarely chomp on greenery the risks are low even if the effects can be severe. Having such plants in the garden or home may be acceptable to you and require no action. The most notable exceptions are those that infest areas where your dog plays or explores. Among these, the giant hogweed is the greatest villain because it is widespread and contaminates through its sap. Check your local regulations because municipal assistance may be available to eradicate this serious pest. Do not tackle it without the necessary expertise because the consequences can be dire.

Training your pets is another option. With some effort and suitable methods, they can be schooled to accept only certain foods under certain circumstances. Learning how to do this is a great pet-keeping skill and will stand you in good stead as an owner.

For the rest, common sense is the best approach and over millennia, has kept billions of beloved pets from harm.